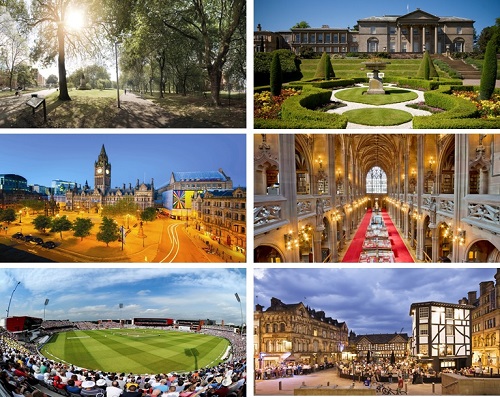 Manchester is a city of radical thinking, inspirational science and world changing first - it is the city where Rutherford first split the atom and Rolls met Royce, it is the home of the first passenger railway station and programmable computer.  Manchester now holds claim to another first, in being awarded the European City of Science 2016. This award comes as recognition of its unique scientific heritage and contribution to scientific discovery, innovation and industry. The city has been at the forefront of scientific innovation since the Industrial Revolution through to the modern age.

The city of Manchester is the third-most visited city in the UK by foreign visitors, after London and Edinburgh. It is notable for its architecture, culture, musical exports, sports clubs and transport connections.

Manchester's city centre mixes historic and new architecture rather well, ranging from Victorian to contemporary architecture. The widespread use of red brick characterises the city which has over 135 parks, gardens, and open spaces.

The city is home to a number of museums, among which the Museum of Science & Industry, highlighting Manchester's key role in the Industrial Revolution, and the Manchester Art Gallery, the city's top gallery displaying a superb collection of British art. In Manchester you will of course also find one of the world’s most famous football clubs – Manchester United, as well as top Premier League club Manchester City!